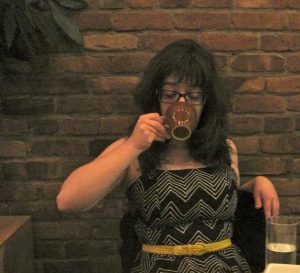 Jeanette Beebe is a poet and journalist. Her reporting has been featured in Scientific American and is regularly broadcast on the NPR station in Philadelphia, WHYY. Her poems have appeared in After the Pause, Crab Fat, Crab Creek Review, Delaware Poetry Review, Five:2:One, Heavy Feather Review, Matador Review, Metatron, Nat Brut, Rogue Agent, Tinderbox, and Tipton Poetry Journal, and are forthcoming in Dialogist and Fjords Review. An Iowa native based in New Jersey, her poem “Adopted” won First Prize in the Iowa Poetry Association’s Lyrical Review contest. She holds an A.B. from Princeton, where she was lucky enough to write a poetry thesis advised by Tracy K. Smith. www.jeanettebeebe.com. 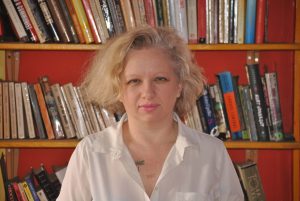 Holly Day’s poetry has recently appeared in The Cape Rock, New Ohio Review, and Gargoyle. Her nonfiction publications include Music Theory for Dummies, Music Composition for Dummies, Guitar All-in-One for Dummies, Piano and Keyboard All-in-One for Dummies, Walking Twin Cities, Nordeast Minneapolis: A History, and Stillwater, Minnesota: A History.   Her newest poetry collections, A Perfect Day for Semaphore (Finishing Line Press),  I’m in a Place Where Reason Went Missing (Main Street Rag Publishing Co.), and Where We Went Wrong(Clare Songbirds Publishing)  will be out mid-2018, with The Yellow Dot of a Daisy already out on Alien Buddha Press. 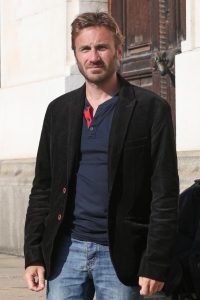 Evgeni Dinev is a Bulgarian landscape photographer. His creative work in photography began in 2007 giving expression to his will to catch the magnificent view, but in a breathtaking way. In his pictures nature reveals its secrets in the perfect moment. With lots of patience and efforts he shows the ability of the artist to transform the ordinary into the sublime. The talent for landscapes at the right place and time makes his pictures favorites and touches the hearts of thousands.

In the constant search of new fascinating landscapes Evgeni is always on the way. All the experiences and impressions find a new life in these photostories.

Richard Dinges, Jr. has an MA in literary studies from University of Iowa, and he manages information security risk at an insurance company. Willow Review, Slant, Miller’s Pond, Chantarelle’s Notebook, and California Quarterly most recently accepted his poems for their publications.

Roxanne Lynn Doty’s short stories have appeared in Forge Winter 2014 (www.forge.journal.com) and Four Chambers Literary Magazine, Issue 1, Dec. 2013;  Soundings Review Winter 2015 and Lascaux Review May, 2015; Lunaris Review and Journal of Microliterature, March 13, 2016; New Verse News, June 2018; Ocotillo Review, Vol 2.1 January 2018; and forthcoming in Saranac Review and Reunion: The Dallas Review. She has published prose poems in I70 Review Summer/Fall 2014 and NewVerseNews May, 2017. Two of her short stories were finalists in the 2012 and 2014 New Letters’ Alexander Patterson Cappon Prize for Fiction. The editor of Lascaux Review nominated her story, “Guitar Lessons”, for the 2015 Million Writers Award. 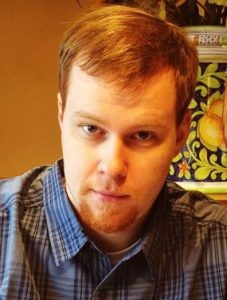 Alan Ferland graduated in 2011 with his Bachelor’s in Creative Writing and is a writer who moonlights as a Quality Assurance technician for a vitamin supplement company. He lives with his wife and cat in Keene, NH, but longs for the food, drink, and beaches of Brazil, where he has been four times in the last three years. He also shares the same first name and a passion for writing with a video game character named Alan Wake, the protagonist of a psychological action thriller with the same name. His poetry can be found in the Cactus Heart Press and the Black Fox Literary Magazine, with forthcoming publication in the upcoming issue of The Avatar Review.

Jonathan Ferrini is a published author who resides in San Diego. He received his MFA in motion picture and television production from UCLA.

Jeff Fleischer is a Chicago-based author, journalist and editor. His fiction has appeared in more than forty publications including the Chicago Tribune’s Printers Row Journal, Shenandoah, the Saturday Evening Post and So It Goes by the Kurt Vonnegut Memorial Library. He is also the author of non-fiction books including “Votes of Confidence: A Young Person’s Guide to American Elections” (Zest Books, 2016 and 2018), “Rockin’ the Boat: 50 Iconic Revolutionaries” (Zest Books, 2015), and “The Latest Craze: A Short History of Mass Hysterias” (Fall River Press, 2011). He is a veteran journalist published in Mother Jones, the New Republic, the Sydney Morning Herald, the Chicago Tribune, Chicago Magazine, Mental_Floss, National Geographic Traveler and dozens of other local, national and international publications.

Jane Flint’s poem “Robert Browning, Not the Poet” was published in Changing Harm to Harmony: Bullies & Bystanders Project, a Book of Poems, Letters & Other Writings, edited by Joseph Zaccardi and published by Marin Poetry Center Press in 2015. Her work has also appeared in The Cape Rock andDunes Review. Her book Breast Strokes: Two Friends Journal Through the Unexpected Gifts of Cancer, which she co-wrote with Cathy Edgett, was published by Harper Davis Publishing in 2010. She has attended several writing conferences, including Community of Writers at Squaw Valley, Tassajara Poetry Workshop, and, most recently, Poets and Writers Live at the San Francisco Institute of Art. She has studied with Galway Kinnell, Sharon Olds, Li-Young Lee, Kaz Tanahashi, and Jane Hirshfield, among others.

Jane is a somatic coach and has her master’s degree in human development from Pacific Oaks College. 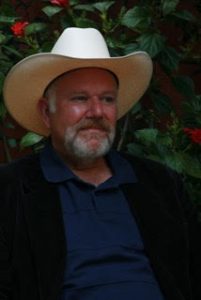 Nels Hanson grew up on a small farm in the San Joaquin Valley of California and has worked as a farmer, teacher and contract writer/editor. His fiction received the San Francisco Foundation’s James D. Phelan Award and Pushcart nominations in 2010, 2012, 2014 and 2016. His poems received a 2014 Pushcart nomination, Sharkpack Review’s 2014 Prospero Prize, and 2015 and 2016 Best
0f the Net nominations. 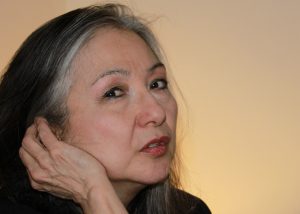 Kathleen Hellen is the author of the collection Umberto’s Night, winner of the Jean Feldman Poetry Prize, and two chapbooks, The Girl Who Loved Mothra and Pentimento.Her poems have appeared in American Letters and Commentary, Barrow Street, The Massachusetts Review, North American Review, Poetry East, Prairie Schooner, the Sewanee Review, Southern Poetry Review, Witness, and elsewhere. Nominated for the Pushcart and Best of the Net, and featured on Poetry Daily, her poems have been awarded the Thomas Merton poetry prize and prizes from the H.O.W. Journal and Washington Square Review. 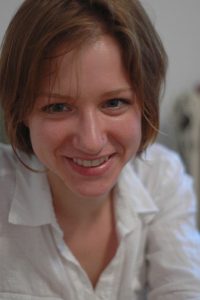 Hope Henderson is a PhD candidate at UC Berkeley. Her work has been published or is forthcoming in Hypocrite Reader, The Mighty, Monstering, Jellyfish Review, and The Citron Review. Find her work at hoperhenderson.com and follow her on twitter at @hoperhenderson. 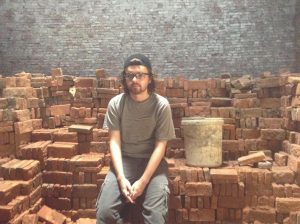 Mark A. Howard is a poet and musician from the East Texas region. Mr. Howard is currently finishing up his Bachelor’s Degree in English with a minor in biology and biochemistry. He has been published previously in the Los Angeles Review of Los Angeles, The Ibis Head Review, and The Bitchin’ Kitsch and featured on the punk rock compilation “Punk Goes International” through Dead Rock Records. 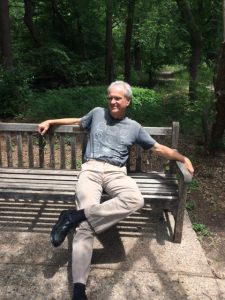 Michael Katovich is a Professor of Sociology in, and Chair of, The Department of Sociology and Anthropology at Texas Christian University. He teaches courses related to the pragmatic tradition in sociology, including Conformity and Rebellion, Death and Dying, Media Images of Drug and Alcohol Abuse, and Social Psychology. His publications in various sociology journals emphasize the symbolic interactionist tradition in sociology. He has never published a poem until now.

Artist’s statement: I’ve always dreamed of landscapes. However, although their photographic representation has been very well achieved by a number of artists, it eventually hits a limit. A landscape goes well beyond its strict representation. It is an invitation. I think it’s an invitation to dream, to reach poetry where each detail holds its own meaning, each element its usefulness, every scene tells a story.

Who’s the person who’s never dreamed of lying on fluffy clouds or frolicking among the stars? Those are a child’s simple emotions somehow reduced within the constraint of traditional photography. I’ve yearned to bring those yet again to the fore in absolute simplicity. When my children came into my playground, it became obvious I had to put them in the frame. Their apparent naivity, added to their spontaneity, allow to make believe in reality for a brief magic instant.

By almost systematically and deliberately putting into those compositions an observer, who is still a child, that impression is enhanced. This series is a delicate mixture of pathos and surrealism as expressed, at least in part, by André Breton: ‘Surrealism rests upon believing in the higher reality of certain forms of associations, up to then neglected, in the almighty power of dreams, in thought’s free play.’

I now live in the south of France. 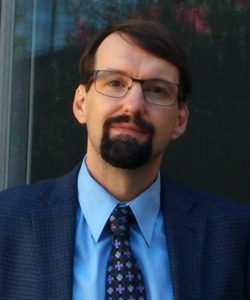 Jeff Nazzaro lives in Southern California, where he writes fiction and poetry. His short fiction has appeared or is forthcoming in several literary journals, including Angel City Review, Dogzplot, Every Day Fiction, and Flash: The International Short-short Story Magazine. 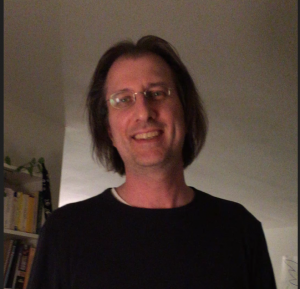 Garth Pavell’s poems most recently appeared in The Writing Disorder, Drunk Monkeys and Blue Fifth Review. Garth lives on the Lower East Side of Manhattan and works for an international charity.

Juanita Rey is a Dominican poet who has been in this country five years. Her work has been published in Pennsylvania English, Harbinger Asylum, Petrichor Machine and Madcap Poets.

Claire Scott is an award winning poet who has been nominated twice for the  Pushcart Prize. Her work has been accepted by the Atlanta Review, Bellevue Literary Review, Enizagam and Healing Muse among others. Claire is the author of Waiting to be Called and the co-author of Unfolding in Light: A Sisters’ Journey in Photography and Poetry. 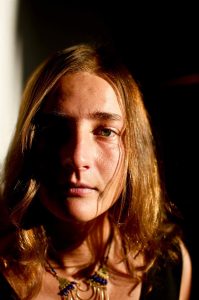 Danny Earl Simmons currently resides in Lebanon, Oregon. His poems have appeared in a variety of journals such as The Pedestal Magazine, The Main Street Rag, Chiron Review, IthacaLit, and San Pedro River Review. He is the author of a poetry chapbook entitled “The Allness of Everything” (Maverick Duck Press).

Ron Singer (www.ronsinger.net) has recently been writing fiction and satire about politics, and sport and games. His eleventh book, The Promised End, a collection of stories about  mid-life, old age, and thereafter, is due out in December 2019 from Unsolicited Press. 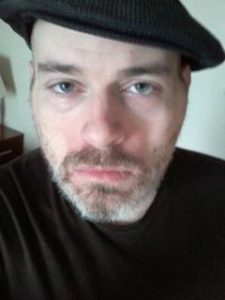 Adrian Slonaker works as a copywriter and copy editor in Lancaster, Pennsylvania, with interests that include 1960s pop music, wrestling, and Slavic languages. Adrian’s poetry has appeared in Aberration Labyrinth, Nixes Mate Review, Postcard Poems and Prose, Red Weather, Red Fez, and others. 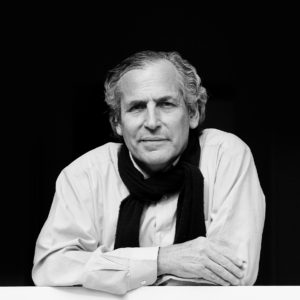 Rodney Smith was a prominent photographer, whose whimsical work invited comparisons to that of Belgian surrealist Rene Magritte. He combined portraiture and landscapes to create enchanted worlds full of subtle contradictions and surprises. Using only film and light, his unretouched, dream-like images were matched by the craft and physical beauty of his prints. Mr. Smith was a man who cared deeply about sharing his vision with humor, optimism and grace, despite all the harshness of the world. 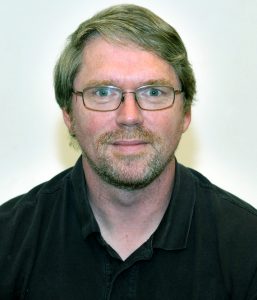 David Stephenson lives in Detroit, MI.  His poems have most recently appeared in Measure, Able Muse, Slant, and Snakeskin.  He has published one collection, Rhythm and Blues (University of Evansville Press, 2008).

M. Stone is a bookworm, birdwatcher, and stargazer who writes poetry and fiction while living in the foothills of the Blue Ridge Mountains. Her poems have appeared in San Pedro River Review, Star 82 Review, UCity Review, and numerous other journals. She is the author of the micro-chapbook Evolving God, published by Ghost City Press. Find her on Twitter @writermstone and at writermstone.wordpress.com. 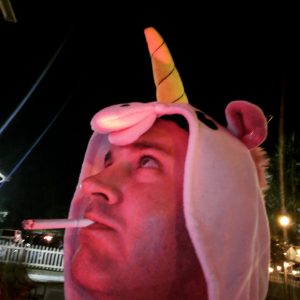 Brett Stout is a 38-year-old writer and artist. He is a high school dropout and former construction worker turned college graduate and paramedic. He writes while mainly hung-over on white lined paper in a small cramped apartment in Myrtle Beach, SC. He has published two novels of prose and poetry entitled Lab Rat Manifesto and Baking Cookies With Whores. 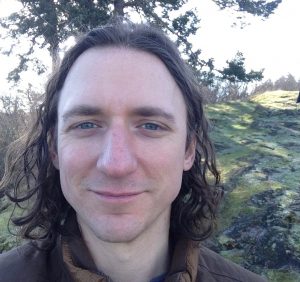 Hannah Wells is 28 years old and graduated with a BA in English from Wayland Baptist University. Publications to date with Anima Poetry Press, All the Sins Literary Magazine and The Big Windows Review. She strives to capture the specificity of visceral moments found in nature through a spiritual perspective.